Skip to content
Quickly Browse this Page
Visit Top School Matches Below
Not interested in ?
Consider these options instead:
No thanks, see more options
Quickly browse this page
Home Parole Officer

How to Become a Parole Officer

Parole officers don’t win many popularity contests. Described by one Maryland officer as “the court’s tattle tale,” a parole officer can send people back to prison when they violate the terms of their release…and nobody likes going back to prison. Yet, parole officers are also like social workers. They can help vulnerable people stay out of prison by getting them the help they need.

In other words, there’s no bad cop and good cop. As a parole officer, you’re both rolled into one. This challenging job needs people with the right mix of interpersonal skills and good judgment to take up the role.

Regis University
Featured Program: Build your character with a strong sense of justice. Earn your B.S. or M.S. in Criminology at Regis University.
Request Info

What Does a Parole Officer Do?

Parole officers are peace officers hired by a government to uphold the law. They are paired with convicted criminals who have been let out of prison early. To stay out of prison, the offenders must demonstrate that they can integrate into society and follow the rules of their parole.

Good parole officers are post-prison guides, linking offenders to resources they may need: a career center where they can find a job, for example, or a 12-step group to kick the drinking problem that led them down the path to prison.

Parole officers are gatekeepers to the outside world, ensuring that parolees can eventually navigate their post-incarceration lives without supervision. To remain on parole, offenders must usually keep a job and notify officers of any changes in employment, stay within a defined area, stay away from crime, not have guns or other weapons, and subject themselves to searches of their property and possessions. Parole officers are charged with verifying parolees meet these and other guidelines. That may include administering drug tests, calling employers, making home visits, and keeping tabs on the parolee regularly, sometimes electronically.

Parole officers’ powers have been described as almost “God-like.” They even have the power to kill romantic relationships. Sexual offenders, for example, typically have to notify their parole officers about whom they’re dating, and the officer can veto the relationship. The same goes for unseemly work or home situations.

Most parole officers are hired by the government, usually at the state or local level, and are paid by the parole board, which makes final decisions on who gets parole and what conditions they must meet. However, several states allow probation and parole to be outsourced to for-profit companies or private providers.

Regardless of employer, parole officers have five general tasks:

Parole and probation officers both work with people who have been convicted of a crime. While many of their duties are the same (in some jurisdictions, such as at the federal level, officers perform both roles), the primary difference is simple: a parole officer works with people who have been released from prison. A probation officer, on the other hand, works with convicted criminals who are not sent to prison.

This means probation officers are more likely to work with nonviolent or first-time offenders who a judge believes can benefit from working, going to school, or being at home. In general, they face fewer risks to their personal safety than parole officers do. Yet they still meet a lot with their supervisees, often in their home, just like parole officers. They still administer drug tests. And they still make sure offenders are following any treatment plans for mental health issues.

It’s hard to find official statistics on parole officer salaries, at least on a national level, because they are grouped with probation officers. Unofficially, PayScale estimated a median salary of $44,000 as of September 2019. Because most parole officers are government workers, states typically have standard pay scales. For instance, an entry-level parole officer in Texas makes $41,704. After each year of service, they receive a pay bump.

Moreover, these scales group parole officers into classes with different pay grades. In Kansas, for instance, the Parole Officer II class takes on more difficult cases and supervises the Parole Officer I class. The extra responsibility comes with a higher salary.

In 2018, the Bureau of Labor Statistics projected probation officers and correctional treatment specialists – which it groups parole officers with – would see a job growth rate of just 3% over 10 years. However, according to the Bureau of Justice Statistics, the number of people on parole went up 9.5% between 2006 and 2016 as the prison population slowly declined. If that trend continues, government agencies may have to hire more parole officers.

Steps to Become a Parole Officer

Government agencies set minimum requirements for parole officers. For example, in California, you must be a U.S. citizen of at least 21 years of age with normal hearing, and no felony criminal background. Once you know that you qualify, you can get started on the following steps:

The standard path for an aspiring parole officer is to pursue a Bachelor of Science in Criminal Justice, which is often a requirement for the job. Students in this major learn several things:

Though criminal justice is not a law degree, you should be ready to take a lot of classes about the law. You’ll learn about rights granted in the Constitution, laws surrounding how evidence can be gathered and used, and laws related to criminal procedures. Bachelor’s degrees also mandate substantial general education credits, so you will be exposed to sociology, psychology, communications, and/or statistics.

If your program offers a concentration, particularly in corrections, it’s a chance to move away from the investigatory side of things to rehabilitation theories and practices. After all, that’s mostly what parole is about.

The standard bachelor’s degree takes four years of study with annual costs varying widely. State-run public universities are generally cheaper, at least for residents, and can run as low as $2,000 per year. At the other end, private universities tend to be more expensive, charging as much as $40,000 a year. However, these are just sticker prices. Prices may go way down for some students after they apply for federal, state, and institutional financial aid. 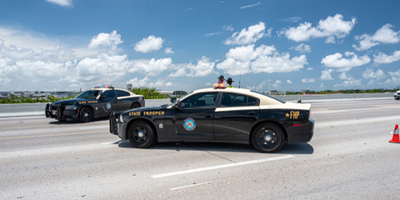