Skip to content
Quickly Browse this Page
Visit Top School Matches Below
Not interested in ?
Consider these options instead:
No thanks, see more options
Quickly browse this page
Home The War on Drugs: History and Facts

The War on Drugs: History and Facts

If you live in the United States, you may have heard about the war on drugs at some point. The war has been going on for decades, as America fights to keep drugs from entering the nation and cracks down on drug users in the country. In recent years, this issue has fallen under heavy scrutiny and remains a political hotspot in America.

History of the War on Drugs

In 1971, the US government began cracking down on illegal drug use and distribution under President Nixon. Officially, the war on drugs came about due to a rise in recreational drug use during the 1960s. The goal? To increase penalties for drug-related crimes, more heavily enforce these efforts, and put more drug offenders behind bars.

The movement increased the enforcement and penalties offenders face, calling drug abuse “public enemy number one.” But it also increased the need for federal funding for drug-control agencies and the prison system. Thus, the Drug Enforcement Administration (DEA) was created in 1973 to tackle drug use and the smuggling of illegal narcotics into America, much of which enters the U.S. through the southern boarders and Mexico.

In recent decades, public support for the war on drugs varies drastically, with critics pointing to data on how people of color are targeted for drug suspicion whereas Caucasians can often receive lesser sentences for the same or similar crimes. Some also claim the country could benefit from legalizing and taxing drugs similarly to alcohol and tobacco, which many states are showing could be lucrative forms of government funding for other issues. Policymakers and other Americans, on the other hand, continue to support the war on drugs.

Regardless of popular support, the war is weighing. With many states legalizing marijuana, more political views are swaying toward tolerating recreational drugs. Countless facts and reports have shown little results from the war, yet a high cost for Americans. The war on drugs continues, just with less intensity today than in the early years of its creation.

The War on Drugs: Statistics and Facts

To enforce the war on drugs, the U.S. spends over $51 billion each year. On the home front, each federal inmate costs an average of $30,619 in 2017, and $92 million was requested to fund drug court cases in the judicial system. Half of the inmates in federal prisons were serving on drug charges last year, which has cost the U.S. over $450 billion to maintain federal prison systems.

American taxpayers also fund the war, ponying up over $213.5 billion for national drug control strategy since 2008. Money from taxpayers is spent covering drug treatment programs, law enforcement agencies, and both public and private prison systems and companies. There are also countless other prevention organizations that receive funding, such D.A.R.E. or “Just Say No” that have cost over $33 billion in marketing since 1970.

Although the war on drugs has fallen under scrutiny recently, policymakers still spent $31 billion in 2017 for drug control efforts. 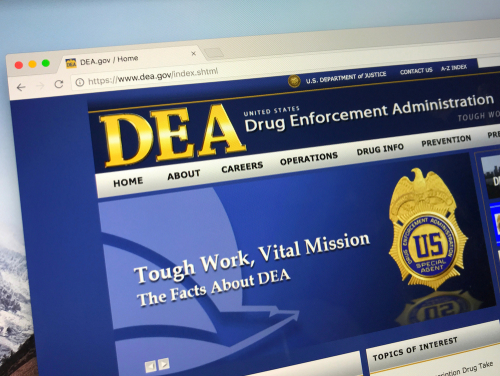 Thanks to the war on drugs, you can find a lucrative career as a DEA agent. With over 10,000 professionals serving in various DEA related roles, the agency employs the following each year:

These professionals spend their careers investigating and prosecuting drug gangs and cartels that illegally transfer different types of drugs, from narcotics to pharmaceuticals. Because drug trafficking is often conducted by large and violent criminal organizations or terrorists, DEA agents work both domestically and internationally. Jobs range based on the type of work a DEA professional conducts, from working in the field to conducting research in a lab setting.

Special agents may physically track down traffickers aboard whereas administrative support jobs like an attorney would prosecute, detain, or deport offenders. Forensic science jobs also exist, from fingerprint specialists to computer forensic examiners, to investigate crime scenes and the evidence needed to convict in a court of law.