Skip to content
Quickly Browse this Page
Visit Top School Matches Below
Not interested in ?
Consider these options instead:
No thanks, see more options
Quickly browse this page
Home Top Police Academies in the US

Top Police Academies in the US

Just as lawyers go to law school and soldiers complete basic training, aspiring police officers must pass through a specialized training program and proving ground of their own: police academy. A good police academy will challenge your limits both physically and mentally, but the experience is a transformational rite of passage for every cop in America—and what you learn there could save your life, or someone else’s, one day. 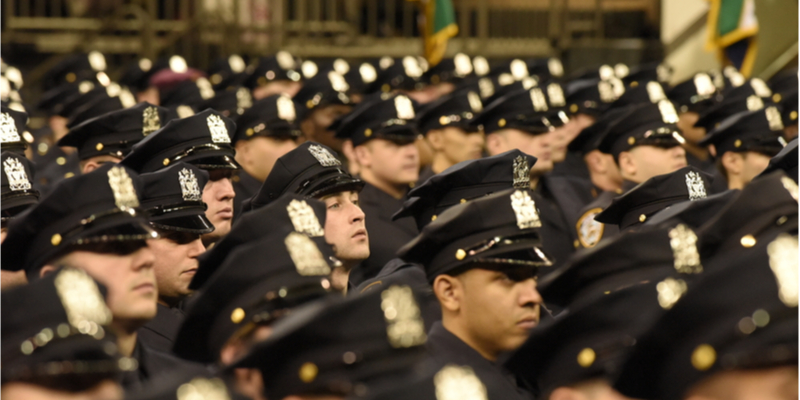 Why Become a Police Officer?

Every single shift you work as a police officer is an opportunity to directly and positively impact the quality of life in your own community. Whether you are patrolling a dangerous part of town, responding to a call about domestic abuse, or writing up the details of an accident, you are making a difference in your community and helping to keep it safe.

The citizens you serve will entrust you with incredible power, but with that power comes responsibility. You’ll be expected to live by an oath to protect and serve, even at the cost of your own life.

Police work is not for everyone, but if you can handle the stress and the scrutiny, the danger and the demands, the career of a police officer is more than just a job—it’s a proud calling and a lifestyle. Learn more about what it’s like to work as a police officer.

To find a top police academy, you need to think about your career goals. Is your primary goal to work in the trenches as a police officer? Are you interested in working for federal law enforcement? Or do you want to rise in the ranks to a supervisory position or a specialty position such as police detective?

For all of these goals, you will attend a police academy—but you might take different pathways. You can:

In most states, you’ll have plenty of police academies to choose from. Although proximity may be a factor, there are other things to consider.

In addition to these guidelines, to find a top school talk to graduates of the academy you are looking into, as well as teachers and other staff. Go look at the facility and, if possible, view some of the training sessions. And make sure the academy is approved by your state.

David Couper, former police chief in Madison, Wisconsin, is a proponent of the idea that police should be partners in not just protecting society but improving it. His blog, Improving Police, discusses the many issues that face law enforcement today and is a forum for possible solutions. 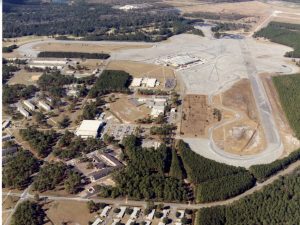 The FLETC facility, which is based in Glynco, Georgia, is massive—it’s actually considered a town and has its own zip code! Trainees usually live on site in dormitories. Training facilities include 18 firearms ranges, an explosives range, driver training ranges, and a 34-building “neighborhood” practice exercise area.

Note that more and more police departments are requiring candidates to have at least several years of college. In addition, the possibility for higher pay and advancement opportunities lead many students to earn a degree.

In order to find a top college or university for police training, look for the following:

Academy training is designed to prepare America’s police officers for the rigors of one of the world’s most stressful, high-stakes, and intense occupations. Law enforcement was always difficult and dangerous work, but social media and smartphones put today’s officers under a level of intense and often unforgiving public scrutiny that previous generations never experienced. 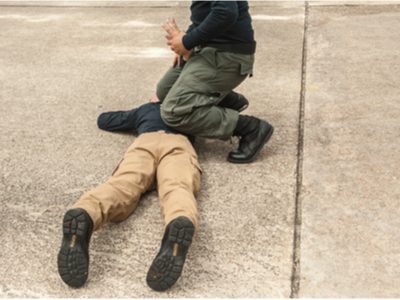 To prepare you for the crucible ahead, police academy training is designed to be physically and psychologically taxing—but there’s also a great deal of academic learning. You’ll receive practical and classroom instruction on state and federal laws, criminal investigation procedures, and departmental policies and protocols. Your education should promote a thoughtful and serious examination of the balance between enforcing the law and preserving the rights and freedoms of the people you encounter every day. 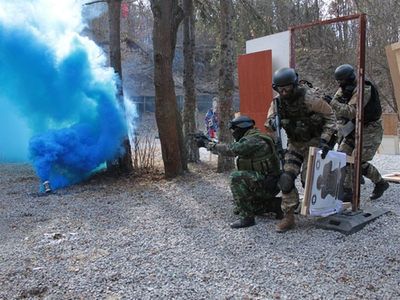 You’ll also become intimately familiar with the tools and tactics of the trade. That means mastering firearms and other weapons, tactical driving, hand-to-hand combat, and learning how to take people into custody and transfer them to jails. The physical nature of the work demands that police officers stay in shape. Police academies train and test for physical fitness, strength, and endurance, although specific regimens and requirements vary by state and department. For example, Birmingham, Alabama, requires that you can:

There are a number of factors that might make a state a good place to work as a police officer. You might consider salary to be at the top of the list. Job growth is another factor you should consider. And for some of you, the prevalence of violent crime might be a major issue.

Take a look at the statistics for each of these factors. Focus on the ones that matter to you to decide which states might be the best places for you to work.

Note: All of the following data comes from the Bureau of Labor Statistics (BLS) unless otherwise specified.

The average annual salary for police officers is higher than that of all combined occupations in nearly every state. Some states, however, offer especially lucrative salaries. These are the top five states with the highest mean wage.

If you’re a resident of the Golden State, you’re in luck. Every one of America’s 10 highest-paying cities for police officers are in California.

It’s also important to consider how police salaries stack up against other occupations across your state. As mentioned, police officers earn more than the average worker in most of the country. The gap between is biggest in the following states:

Danger is inherent to police work no matter where you live, but some states and cities are more dangerous than others. Maine has the lowest violent crime rate in America. On the other end of the spectrum is Washington D.C., whose residents experience more violent crime than any of the 50 states.

If the prevalence of violent crime is a concern for you, check out these tables to help you decide where you might want to work.

According to the FBI report Crime in the United States, 2018, the following 10 states had the lowest violent crime rates in 2018 (crime rates are measured as number of incidents per 100,000 inhabitants):

These rates are all well below the national average of 380.6.

The top 10 states with the highest violent crime rates in 2018 were:

The top 20 metropolitan areas with the lowest violent crime rates in 2018 were:

The top 20 metropolitan areas with the highest violent crime rates in 2018 were: