Skip to content
Quickly Browse this Page
Visit Top School Matches Below
Not interested in ?
Consider these options instead:
No thanks, see more options
Quickly browse this page
Home The History of Criminal Profiling

The History of Criminal Profiling

A career made popular in recent years thanks to movies and shows like Criminal Minds and Netflix’s Mindhunter, criminal profiling is much more complicated than crime drama TV shows make it out to be. The real cases that John E. Douglas and his colleagues faced transformed the field, shaping it into what we know as modern-day criminal profiling.

Find out the role Douglas played, some of the different ways you can become a criminal profiler, and what the job entails.

John E. Douglas and his partner Robert Ressler were supervisory FBI agents who interviewed incarcerated serial killers with the hope of obtaining detailed information on crimes to better understand motives and to create a centralized database of serial offenders in the nation. Detailed crime scene information like this could match serial killers to their crimes across states, making it easier to arrest offenders and share data with law enforcement.

The 1970s saw a rise of serial crimes across the US, and specialists set out to stop the rising tide of violence. Between the years 1976 and 1979, Douglas, Ressler, and their colleagues interviewed 36 serial killers and collected a well of information. Then, they set out to create the database that would allow open case information and behavioral characteristics or patterns to be cross-referenced nationwide, called the Violent Criminal Apprehension Program (ViCAP).

Using ViCAP, investigators could finally search for an unknown subject and match case details to those from other open or closed cases to find patterns. Although FBI profilers like Howard Teten and Jack Kirsch were innovating the field, ViCAP wasn’t formalized until 1984 – creating a branch within the agency called the National Center for the Analysis of Violent Crime (NCAVC).

Police officers in the US or Canada can now submit a request to the NCAVC if they have a series of unsolved murders, suspicious cases, or unidentified bodies, and the ViCAP computer software runs through the if-then scenarios a human profiler would be based on the idea that behavior reflects personality.

Although the criminal profiling field was not officially founded by Douglas, he did give us a quicker way to profile criminals nationwide. Known as the serial killer “whisperer,” Douglas got into the minds of serial killers in a way that led to groundbreaking achievements in modern-day law enforcement. Without his ability to gain the trust of some of the most notorious serial killers (Charles Manson and Ted Bundy, for example), this untapped knowledge and insight may have gone unnoticed. 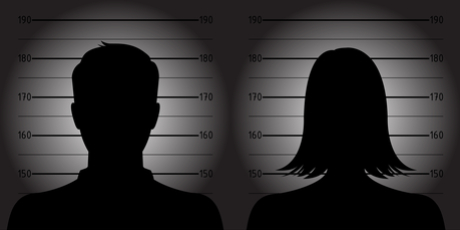 How to Become a Criminal Profiler

To become a criminal profiler you will need a college degree. There are a few different paths you can take, usually including law enforcement or psychology.

Most criminal profilers have extensive experience in law enforcement and criminal justice rather than mental health training. Although the prime focus of criminal profilers isn’t psychology, formal education in the subject is common for leaders in the top organizations. In fact, many of these professionals begin working as criminal investigators or esteemed detectives before transitioning into the field. With extra training, they can then become criminal profilers.

You can still become a profiler with a forensic psychology degree; however, you may be more likely to find a position as a juvenile offender counselor, jury consultant, or professor of psychology. Since there are few crimes in America that require the strategic knowledge and skills of a criminal profiler, jobs can be hard to find. Due to the scarcity of job openings, most professionals work in law enforcement over 15 years before openings in the criminal profiling unit present themselves.

Criminal profiling involves reviewing the evidence at crime scenes to determine what happened. As a profiler, you aim to find evidence that helps you determine details about the suspect, such as their dominant hand, height, or shoe size. The list you compile will consist of characteristics to help law enforcement officers identify and apprehend a suspect.

Profilers also sometimes recreate the scene of a crime, and the information that’s most valuable to them includes:

Criminal profilers typically work in a police department, with the FBI, or as an independent consultant. Profilers may work on unsolved cases and help law enforcement create a suspect profile to use with their investigation, or they may analyze case files and offer opinions.

However, not all criminal profiling jobs involve becoming directly involved with criminal investigations and crime scenes. Some professionals work at a distance, providing advice to law enforcement agencies based on evidence through technology. These roles conduct interviews and personality assessments, including: