Skip to content
Quickly Browse this Page
Visit Top School Matches Below
Not interested in ?
Consider these options instead:
No thanks, see more options
Quickly browse this page
Home Social Media as a Tool for Law Enforcement

Social Media as a Tool for Law Enforcement

Social media has been a part of our everyday lives for several years now, and has many uses for individuals, businesses, and even government agencies. Law enforcement and government services agencies use Facebook and Twitter for a variety of reasons in our interconnected world.

We mostly think of these platforms as a way for people to share their personal information, businesses to promote themselves and as news aggregators for our favorite sources of media.

We don’t typically think of police departments as having a social media presence, other than snooping on suspects’ pages to find evidence and incriminating information. While that is certainly part of the equation that we will talk about a little more, there are several ways law enforcement agencies use social media monitoring to engage with their community in positive ways. 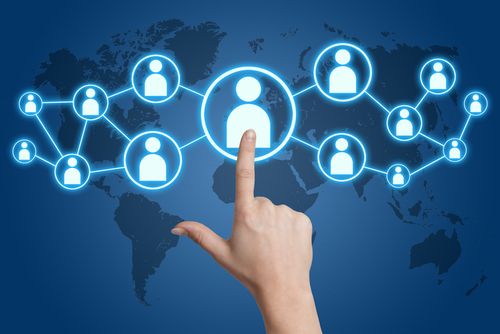 With local and federal budgets tightening across the nation, why would a police department dedicate an employee to managing their social networks? The answer: it’s all about reach. With one good tweet, a police department can notify thousands of Facebook and Twitter followers useful information in real-time. This information can include crime tips as they happen in real-time, such as robberies, Amber Alerts, severe weather situations and more. Police departments can also send out links to good content about preventing crime and staying safe. They may even share information from other agencies, such as the local fire department or hospitals, since they all work closely together on a day-to-day basis. Citizens can even tweet or post on police accounts as a way of engaging them without calling 911.

These are ways that law enforcement and social media engagement can also build trust and friendly relations with their communities. In a time when community and police relations can seem strained, social media can be a great way to humanize law enforcement and remind citizens that the people behind the badges are people with friends and loved ones, like everyone else in their community.

On the other hand, social media intelligence gathered can be a useful tool for catching criminals and building a case against suspects and defendants they have charges pending against. We have all heard the warning about watching what we share on social media because employers often check applicants’ accounts. But we have also seen many cocky and careless criminals post information on Facebook, Twitter and YouTube that helped prove their guilt, or in some cases, helped police track them down.

In 2012, ‘Chick Bank Robber,’ a 19-year-old woman, who robbed a bank at gunpoint, created a YouTube video telling her story, complete with flashcards that detailed the crime. She lets viewers know that she stole a care, did drugs, robbed a bank and showed the viewers physical evidence of everything – including the cash. It didn’t take long for the cops to close in on her, thanks to her YouTube confession.

In 2014, New Jersey state police harnessed the power of social media to help arrest a man suspected of debit card fraud. They asked their followers to take part in catching the man. They posted his picture and soon enough, people started chiming in the comments section. They narrowed their search when one citizen who knew the suspect let them know where he worked. The strategy paid off, and the police rounded him up shortly after.

With the rise of cyber crime and cyber bullying, law enforcement has a need for monitoring social media where these activities are taking place. There have been many criminal cases of bullying where cruel Facebook posts and Tweets have been documented and used in cases to prove guilt. That is why schools are also closely monitoring social activity and managing their own accounts. When necessary, they work together with local law enforcement to keep their schools safe and report suspicious behavior.

Criminals have always been a staple of society, and catching them will always prove a challenge as the world and technology change. But with the widespread use of social media, and the tools it provides law enforcement, expect agencies all over the world to continue using these platforms to engage peacefully with citizens and catch those who break the law.