Skip to content
Quickly Browse this Page
Visit Top School Matches Below
Not interested in ?
Consider these options instead:
No thanks, see more options
Quickly browse this page
Home Five of the Most Interesting and Intelligent Crimes Committed by Women

Five of the Most Interesting and Intelligent Crimes Committed by Women

Simply put, it’s really hard to list the most interesting and intelligent crimes women have committed throughout history. While men tend to get more attention, historically, female criminals are masterminds in their own right.

In this list, we chose the following femme fatales for a variety of reasons:

So without further ado, let’s take a look at some of the most memorable crimes committed by women. 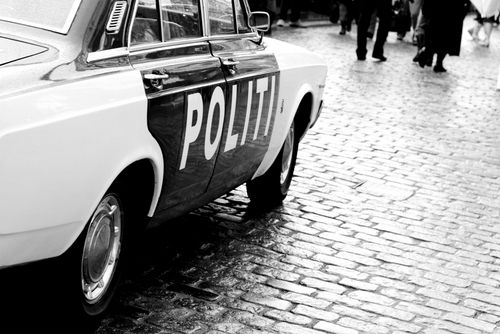 Five Women In Crime You Should Know

Patty is the granddaughter of William Randolph Hearst – the infamous newspaper tycoon. When she was just 19 years old she was kidnapped by the Symbionese Liberation Army, which was a radical group that represented left-wing political views. Just a couple of months after she went missing, Patty was spotted participating in an armed bank robbery. When captured and arrested, she claimed she was brainwashed and sexually assaulted. At her trial, the prosecution claimed she wasn’t really kidnapped, and that her kidnapping was actually her cover for joining the group. Her conviction resulted in prison time that only lasted two years, as her sentence was commuted by President Carter.

Kathy Boudin of the Weather Underground

Unrest as a result of the Vietnam War spawned a group of intellectual radicals across the nation, known as the Weather Underground. These individuals were college educated, strongly opposed to the war efforts, and convinced that only militant action could shift national policy. Kathy ranks on this list because she was part of the Weather Underground, a group of leftist radicals that bombed the Pentagon, the US Capital, among other notable buildings. Her life reads like a modern indie movie, including a love story with David Gilbert, another Underground member. She survived an infamous townhouse explosion in Greenwich Village when a bomb detonated that was meant for a military dance.

While she was waiting to go to trial, she fled with other members and gave birth to her son, a product of her love affair with David. Her trail of intellectualism-fueled criminal activity ended in 1981 when she and members of the Weather Underground, along with the Black Liberation Army, attempted to rob an armored car. She was convicted and went to jail for this crime, which resulted in the death of a security officer. While serving her term in jail, she published papers in academic journals, including The Harvard Review. She currently works as an adjunct professor at Columbia University, where she is a member of the Center for Justice, training others in restorative and family justice.

Ms. Wake was a spy during the Second World War – considered both a hero and a criminal, depending on whose side you’re on. While she certainly wasn’t a criminal in the United States, she was a criminal in the eyes of the Axis Powers. We included the crime of espionage on this list because Nancy’s makes such an interesting story.

Plus, those who choose to reveal state secrets must make the same peace with taking risks that criminals make before they proceed with criminal activity. Just ask Edward Snowden…

Anyhow, while there were many female spies that contributed to the Allied Cause during WWII, Nancy Drake pulled a move so cool, you would only expect it to work in movies. During one of her team’s reconnaissance missions, they were spotted by the SS. When attacked, she used a bare hand karate style chop against the guard’s throat and he dropped dead. She went on to commit regular guerrilla style “crimes” against the Nazis, and became one of the most celebrated spies of the Allied victory.

We’re going to go way back now, to the 1700’s and give props to Charlotte Gorday, who pulled off the ultimate assassination, for which she was executed in 1793. When she got caught up in the politics of the French Revolution she decided to kill a famous revolutionary named Jean-Paul Marat, who had control over an influential newspaper and its large readership. To reach the inner sanctum of her victim, she portrayed herself as a journalist and was admitted to see him while he was in his bath. She began by reading him the names of dissidents, to which Marat promptly replied that they would all be killed.

With this assurance of his intentions, she then drew a knife and killed him in the bath.

Ms. Gilbert makes the list because it takes brains to pull off the incredibly horrible crimes she committed. She worked as a nurse when her serial killer side started manifesting. Mysteriously enough, more patients seemed to die on her shifts than on those shifts she did not attend to patients. She was ultimately convicted of injecting her patients with large doses of epinephrine, a heart stimulant that is impossible to trace.

In her horrid scheme, after injecting her patients and causing their hearts to accelerate beyond control, she would respond to the emergency situation she caused and make herself look like the hero. Police estimate that she caused over 300 medical emergencies and may be responsible for more than 80 deaths.

Do you have more examples to share with us, or interesting info about the field of criminal justice that we should highlight in our article section?

Let us know in the comments or start a conversation with us on Twitter @crimjusprograms!