Skip to content
Quickly Browse this Page
Visit Top School Matches Below
Not interested in ?
Consider these options instead:
No thanks, see more options
Quickly browse this page
Home Criminal Justice Reform and Why America Needs It

Criminal Justice Reform and Why America Needs It

What is Criminal Justice Reform?

Criminal justice reform is working to end the sheer number of prisoners in the justice system through both litigation and advocacy. By fighting for nationwide reform at a variety of government levels, the nation can right wrongs before the problem becomes worse.

While no criminal justice system is entirely perfect, neither is that of the United States. Reform aims to fix these errors, and there are a number of organizations involved in the movement in various ways, including:

No matter the area in which criminal justice reform works to change the system, it’s all about the people affected by the prison systems. One of the main purposes, according to an article in USA Today, is the need to offer offenders redemption and rehabilitation after their sentences end. 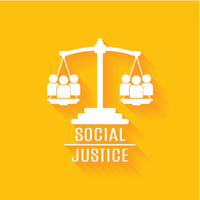 Statistics show our prison population has reached astounding numbers, higher than ever before, with 2.3 million Americans incarcerated today and another 5 million released on parole or probation. These numbers mean that for every 31 adults, one will wind up in jail, which is a higher likelihood than most countries in the world face.

The problem is that American prisons weren’t designed to take care of this amount of people, let alone allow the number of tax dollars to support proper funding. Prisons are overcrowded, and the federal government can’t afford the cost.

But why are so many Americans in prison? According to Hillary Clinton‘s website, the majority of those incarcerated are nonviolent offenders. Some blame prison overcrowding on a variety of issues, including mass incarceration due to unfair drug charges.

The war on drugs led to stricter drug laws that have caused the number of incarcerated drug offenders to soar 1,200% between 1980 and 2018, and most of the offenders are driven by mental illness or drug addiction issues. Then, ex-offenders often wind up back in prison or stay in prison for extremely long sentences because rehabilitation efforts are ineffective.

Overcrowding, according to Penal Reform International, is only a consequence of our criminal justice policies rather than increasing crime. No matter why overcrowding became an issue, it undermines the prison’s ability to meet basic human needs, let allow fund appropriate rehabilitation and educational programs for inmates or even fund staff training.

Mandatory minimum sentencing laws are designed as a basic rule-of-thumb for specific charges. Each crime comes with a certain number of years you would serve if found guilty in a court of law, and mandatory minimum sentences are held in many states today. Prosecutors use these laws to their advantage, sometimes threatening defendants with longer sentences in an attempt to secure a guilty plea in exchange for a reduced sentence.

Critics say these laws call for hard black or white reasoning and take away the power of the judge to account for the particular circumstances surrounding a case or the character of the defendant, leading to harsh sentences.

Since mandatory minimum sentencing laws, specifically those involving drugs, the federal prison system has grown dramatically. Federal drug laws account for the longest maximum sentences out of any crime you could commit, with some reaching up to 40 years or life in prison for large quantities of drugs. Even small amounts of drugs can land you years, but the real issue is the unfair sentencing for drugs that target lower-class offenders.

The drug laws and the mandatory minimum sentencing laws that affect drug offenders hit low-level offenders especially rough. With harsh sentences and laws stacked up against people of color, drug addicts, and the poor who can’t afford legal representation, nonviolent drug offenses are common. Based on the inability for lower level offenders to trade vital information on criminal organizations, many people don’t stand a chance whether they committed the crime or not. Perhaps that’s why every year nearly 95% of federal drug defendants plead guilty.

#3: Racism in the Prison System

According to the Pew Research Center, in 2016 the racial demographics were as follows:

In America, people of color are incarcerated in state and federal prisons across the country at higher rates than white people, with African Americans landing in prison at more than five times the rate of white people. In the following five states, states with predominately white communities, this number jumped to a rate of 10 to one:

Oklahoma, which is the state with the highest black incarceration rate in the nation, holds more than one in every 15 black males over the age of 18 in prison.

To put these numbers into perspective, let’s compare the same crime committed by two people of two different races. According to the American Civil Liberties Union (ACLU), a black person is 3.73 times more likely to be arrested for possession of marijuana when compared to a white person, despite the rate of use between the two races being approximately the same.

Hispanics and Latinos see nearly the same range of racial disparity, with Latinos in the US imprisoned at 1.4 times the rate of whites. However, blacks are still more than twice as likely to wind up in prison than Hispanics.

There is clearly a serious problem with lingering racism in the criminal justice system, whether at the state or federal level. With racial profiling, harsh drug laws and over criminalization, mass incarceration rates, and institutionalized discrimination all to blame for these shocking numbers, the problem also relies on socio-economic status. The American system doesn’t favor lower class people, which in turn affects many people of color.

How You Can Help: Criminal Justice Reform Organizations